Negotiating Tactics by a Harvard Expert

In last week’s blog, Jere Metcalf and I examined how to compete with veteran agents.

This week, we will be highlighting how to be a great negotiator in Luxury Real Estate.

I’m obsessed with negotiating because of my background and my upbringing. Even today, after 45 years, I still feel outgunned by my clients. When you sell a 5 or 10 million dollar house in my market, that’s a big deal. However, the people you’re dealing with are doing transactions in their business in the hundreds of millions – if not billions – of dollars. Thus, they have way more experience than I’ll ever have.

Study the Art of Negotiating

Negotiating with the affluent was something I constantly thought about. I even took several negotiating classes and studied profusely.

In particular, I studied with a man who wrote the book, “Getting To Yes.” He has unfortunately passed away, but he taught at Harvard and negotiated the nuclear arms treaty that we, in the United States, still live under with the Soviet Union. I spent a week with him at Harvard where he and I negotiated one-on-one in front of a class of 200 lawyers from around the world. The lessons I learned during these sessions were invaluable and I was able to interact with affluent individuals as well.

From all those years of studying and the subsequent decades of experience and interactions with wealthy individuals, I learned a number of key points for negotiation that guided and helped me be a better negotiator.

The better your presentation, the less you’re going to have to negotiate, for example, on price and commission.

If you don’t want to be eaten, stay away from the table. When you’re dealing with really rich people, you don’t want to be chewed up – stay away from the table as long as possible. Thus, the stronger your presentation, the greater your standing (having lots of market knowledge, market data, and strong understanding of the wants, needs, and desires of the person on the other side), and the less you’ll have to negotiate.

When I negotiated with Dr. Fisher, who wrote the book, “Getting To Yes,” in front of 200 lawyers from around the world at Harvard Law School, I made a complete fool out of myself. However, more importantly, there’s something about making a fool of yourself that really drives home the learning. That’s where I learned to not assume that the other person wants what you would want in the same situation. You need to find out what they really want and why it is important to them.

In high end real estate, the goal for some sellers is not always to get the highest price. Click To Tweet We’ve had sellers who will happily, in a multiple offer situation, take a million dollars less from one buyer who’s not going to tear their house down. Thus, you really need to understand what they want and don’t assume you do. They don’t think the way you do and they don’t have the same values you do. Therefore, do not assume you know what they want because you likely will be wrong.

Stay Away From Positional Negotiation 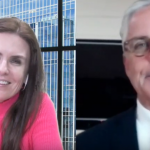 How to Compete with Veteran Agents 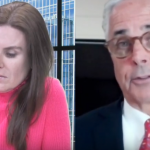