Every Master Negotiator Knows These

During an interview with Club Wealth TV, I shared some of my favorite negotiating techniques that have had a significant impact on my business. I’m going to share three of them with you.

Negotiating has always been an obsession of mine because I always feel outgunned. I wasn’t born rich and well-connected. Thus, I really had to work hard to level the playing field between myself and the wealthy individuals I deal with.

Negotiation is incredibly important in luxury real estate and I have three critical rules of negotiation that I like to follow.

You want to build your standing or preeminence in the marketplace. You achieve that through your personal promotion, writing, and speaking.

When it comes to speaking, I encourage you to speak locally about your market. In particular, the best way to meet gatekeepers in your market is to speak at a Rotary Club. If you can show these gatekeepers your market preparation and pricing expertise, your standing in the marketplace is going to soar.

There’s a great book on negotiation called, Getting to Yes. It’s my bible for negotiation. I loved it so much that I took a class being taught by the author at Harvard Law School.

During the course of these classes, I learned that we assume too much. Especially when it comes to negotiating with the wealthy, it’s imperative to ask them what they want – don’t assume what they want.

Negotiation Rule #3: Detach From the Outcome

This third rule is the most important rule and a great rule for life in general.

Detach from the outcome.

If you want a magic bullet for dealing with billionaires, be perceived as being willing to walk away - not needing a deal. Click To TweetWanting a deal is fine. Needing the deal is bad.

Sometimes, I’ve walked away and they’ve called my bluff. I’ve lost a lot of money. However, being seen as someone who is willing to walk away – being detached from the outcome – is the most critical rule of negotiation. 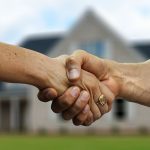 Do You Know Where Your Buyers Are? 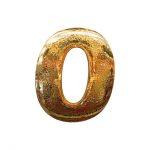 Luxury Agents Get Paralyzed by This