The Wealthy Need to Feel This

This week, I will be underscoring the importance of creating a sense of urgency and competition in Luxury Real Estate.

I have learned that wealthy people need to feel a sense of urgency and competition. Click To TweetAnd I want to share a story that particularly illustrates this.

The Power of Creating a Sense of Urgency and Competition

I conducted a listing presentation for a house that was valued around $3 million. The seller was impressed and wanted to list with me. They mentioned, in particular, they wanted to exclude the next door neighbor in the process because the neighbor constantly mentioned that if their house was ever for sale, the neighbor would had bought it. However, I told them that I didn’t do exclusions and we can pursue one of two strategies. First, they can go to their neighbor directly and sell their house. In this situation, I told them that they can cut me out, but if they need some coaching and have any questions throughout the process, they can contact me and I would be happy to help. Second, they could list it with me now and I’ll go sell it to their neighbor and get more than they will – more than enough to pay my fee.

The seller eventually decided to attempt to sell their house on their own to their neighbor. However, four or five months later, after receiving low offers, the seller called me back and mentioned they would like to list with me. Their neighbor offered them $1.75 million at the most and we all knew that it was worth much more. 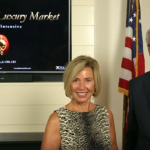 One Day Event at a Steal of a Price!