94% Believe This is Vital to Success

Last week, we examined why postcards are surprisingly important in Luxury Real Estate.

This week, we will be exploring how to effectively and strategically network.

First and foremost, networking is critical to business success. 94% of all business men and women think that networking is imperative to their success, leading to a myriad of opportunities and possibilities.

FORDing is a fantastic way to network and connect.

The Four Levels of Networking

1.) Business network: For example, going to a chamber of commerce. This is one of the easiest venues to network because everyone’s there for the same reason. No one is going to shut you down.

2.) Knowledge network: An example would be going to your professional association. It is also a receptive networking environment because they’re all like-minded people and they’re not going to reject you as much.

3.) Social networking: This is when you’re at the yacht club, golf club, or a social function. A charity event or a charity auction is a prime example. This is where the risk of rejection is higher because individuals are more reticent or reluctant to participate. This is again where FORD comes in.

4.) Online networking: People hate rejection. We all do. And it’s hard to feel rejected online as it is in person, which is probably why online networking is incredibly widespread today.

Give Without Expectations of a Return

Always give without expecting to get anything in return. In fact, a great goal to have when you go to an event is to give a number of referrals, rather than get. Click To Tweet And if you go there focused on what you’re going to give rather than what you’re going to receive, you will be surprised to find out oftentimes you’ll get way more in return than you ever thought possible. 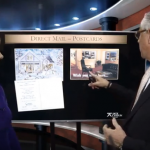 How Postcards Can Be a Powerful Selling Tool 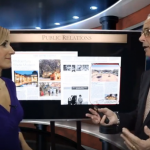 Are You Using PR as Part of Your Marketing?